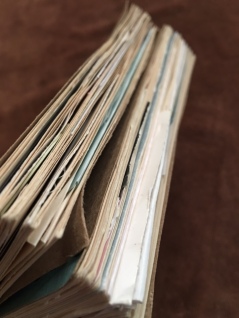 It’s already September 6th of 2016, cant remember when was the last time I wrote. Used to really enjoy writing stuffs if not daily, maybe weekly. But now, I guess its been half year? Maybe.

There is something about writing stuffs that happen in our lives I found is somehow relieving. I guess it is something profound. We get to tell the world whats inside, we get to express what we feel inside despite not being able to say it out loud. And I guess it’s kind of a very good therapy for most of people, at least I feel that way. That this writing, does help. A lot. Really.

I do keep a number of diaries. I like to collect and keep small things from the day that I feel maybe precious? Things that I want to remember when I look back on all the diaries, or significant days in my life or perhaps just a day of nothing in my life. Things like train tickets, stickers, photos, receipts and even leaves(?) do fill the pages in my diaries.

Now when I look back on those diaries, I get to immerse myself back into the bittersweet moments. I get to reflect back in days that I spent. Simple questions like ‘why did I do that?’, ‘was I that silly?’, ‘did this really happened?’ etc. do pop up in my head. Sometimes I laugh, sometimes I cry. 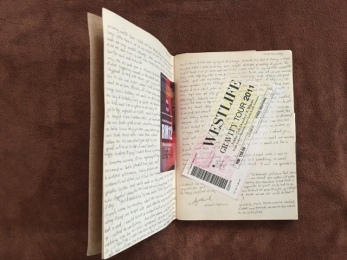 Have you heard of ‘Take advantage of 5 before 5’? If you have, good on ya! If you haven’t, well its my pleasure to introduce to you and maybe we could all learn a thing or two?

So yeah, if you take some time to ponder upon these 5 things, take a deep thought of them, you will appreciate the smallest things in your life even more. You will fix your days, you will start your days with quality and positivity. You will live your life happily and healthily. And eventually you will make sure that every breath you take, is definitely worth of living!

“If one had but a single glance to give the world, one should gaze on Istanbul.”

A couple of weeks ago, feeling inspired by the famous French poet, there we went for the so-called backpacking to Istanbul, Turkey. Me and my two friends. Actually, killing our winter break.

ISTANBUL, sits on both sides of the eastern Europe and western Asia continents, physically and metaphorically. Previously the capital of numerous big empires, the place remains a melting pot of culture and architecture. Hence, in our heads were this historic Constantinople(Istanbul’s old name), must be filled with great sights and old buildings with unique structures. And guess what? We were not let down by this. In fact, it was far overwhelming for us, got to step our feet on the historic land, we were really grateful.

You must have eaten Turkish kebab at least once, right? They are literally all over the world. So what more the place its born. You can see kebab everywhere but dare I to say, they don’t really apply chili sauce in it. This was new for me as I grew up knowing and eating kebab with chili sauce! Interesting how we say that people should be adapting and blending themselves in new places and stuffs, and the same goes with the food that we eat. They came from all over the world and were integrated into our places so that the we can enjoy them without having to upset our appetite.

Oh, but there was this one particular rare kebab called Balik Ekmek(Fish Bread/Kebab) that you should not miss upon visiting Istanbul. They cook the fish on boats literally floating on the river. It was so good that we decided to go back to the place and had it for the second time. Way to go Balik Ekmek!

As Turkish as they are, they were shockingly very nice, like seriously. They may look scary at times, but they were super kind and helpful too. Everywhere we went, there will always be some people approaching us asking whether we were lost(when we looked lost, of course). And there was this one guy, when we had not enough money to buy some mashed potatoes and some drink(we were very hungry and thirsty too) at that time, gave us a drink for free saying ‘gift, gift’. This was so embarrassing yet so generous of him, not to mention that this was a fast-food restaurant. I mean, there is no way that the fast-food staffs would give some drinks or in fact, even a drink for free, right?

All you need to have is one Istanbul Kart, you’re all set to go. Anywhere. It can be used for unlimited person. It was cheap, the trains, trams and buses were always there for every few minutes which was really awesome. You can cover all around Istanbul just by the public transports. Which is super convenient.

What can I say about this. Just as you imagine, it was as awesome it is. The Blue Mosque, Hagia Sophia, the Grand Bazaar, Spice Bazaar etc. were all undeniably beautiful, perfectly describing the awesomeness of Turkey. Again, you can see a diverse of people but still Turkish, living in the same place. Here and there at the heart of Istanbul, you can see the mix of culture which I think it is a testimony to the fact that East and West combine cultural gracefully. 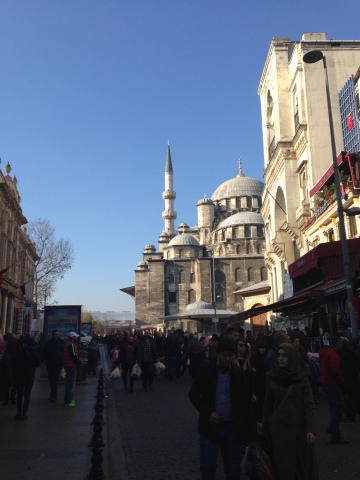 Because the subject is too complicated and respectively different, I opted not to write about the history in this entry. Perhaps next entry? You never know. This is because I find it really interesting that you can see and hear all sorts of story/history about Istanbul. By chance, you will only get one side of the story. Of course, mainly talking about how either Christians or Muslims siege the city and did this and that to the people and the city. It got so messed up if you did not have that little knowledge on Turkey. Seriously. So, the moral of the story?

So yeah, that is it for now, my first entry. Enjoy, until next time!

Hello, there! My name is Dym.

This is a platform I wish to share my piece of work, taking on life. As this blog was made out of my passion of writing and sharing, I could be writing on any topics. So it could really be on anything, literally.

So yeah, have fun!